Way back in 1937, the hydrogen-filled Hindenburg was destroyed in a fiery spectacle. Flash forward 85 years, and a few folks insist on dragging us into comment threads about the doomed airship. Apparently, the disaster is ample evidence to not be pursuing a hydrogen economy.

For many, the accident is emblematic of hydrogen (H2), the first thing that springs to mind whenever our favourite lighter-than-air gas comes up (this despite it having been used in many industrial processes for literally centuries).

Thankfully, we’ve reached a tipping point and public awareness is shifting. But let’s face it, the image of the airship plummeting into the ground in a monochrome inferno is firmly fixed in the public consciousness. When Led Zeppelin picked the image for their debut album, they guaranteed it was seared forever into the cultural zeitgeist. So, thanks for that Jimmy Page…

Look, there’s no getting around the elephant in the room. H2 is flammable. Of course it is, it’s a fuel, the same as natural gas and gasoline. Handled and stored safely, it’s no more or less dangerous than any other flammable material. Yeah, but it’s still flammable, right?

Okay, time for some science. H2 has a flammability range of 4-74% concentration in the air and 4-94% in oxygen. Anything above and below and it won’t ignite, but that’s a pretty broad range – especially when compared to the 5-15% of natural gas. The key to dealing with H2 is to keep air or oxygen from mixing with it inside confined spaces (say an electrolyser). As it has a rapid diffusivity (3.8 times faster than natural gas), when released it dilutes quickly into a non-flammable concentration. So, when compressed into high pressure tanks inside a H2 vehicle, a crash means that the gas escapes and diffuses too quickly to ignite, even if there is a flame. Being 11x lighter than air definitely has its benefits!

It shouldn’t be a surprise, then, that the fate of the Hindenburg can’t be dumped solely on the shoulders of H2. For years, the exact cause of how the airship went up in flames remained a mystery. Everything from sabotage to the paint on the outer skin have been considered. But in 2021, amateur video footage shot from a fresh angle emerged. Remarkably, it captured the airship’s landing approach, prompting fresh investigations and experiments. While it doesn’t show what ignited the H2, the verified footage has helped provide the most compelling theory to date. 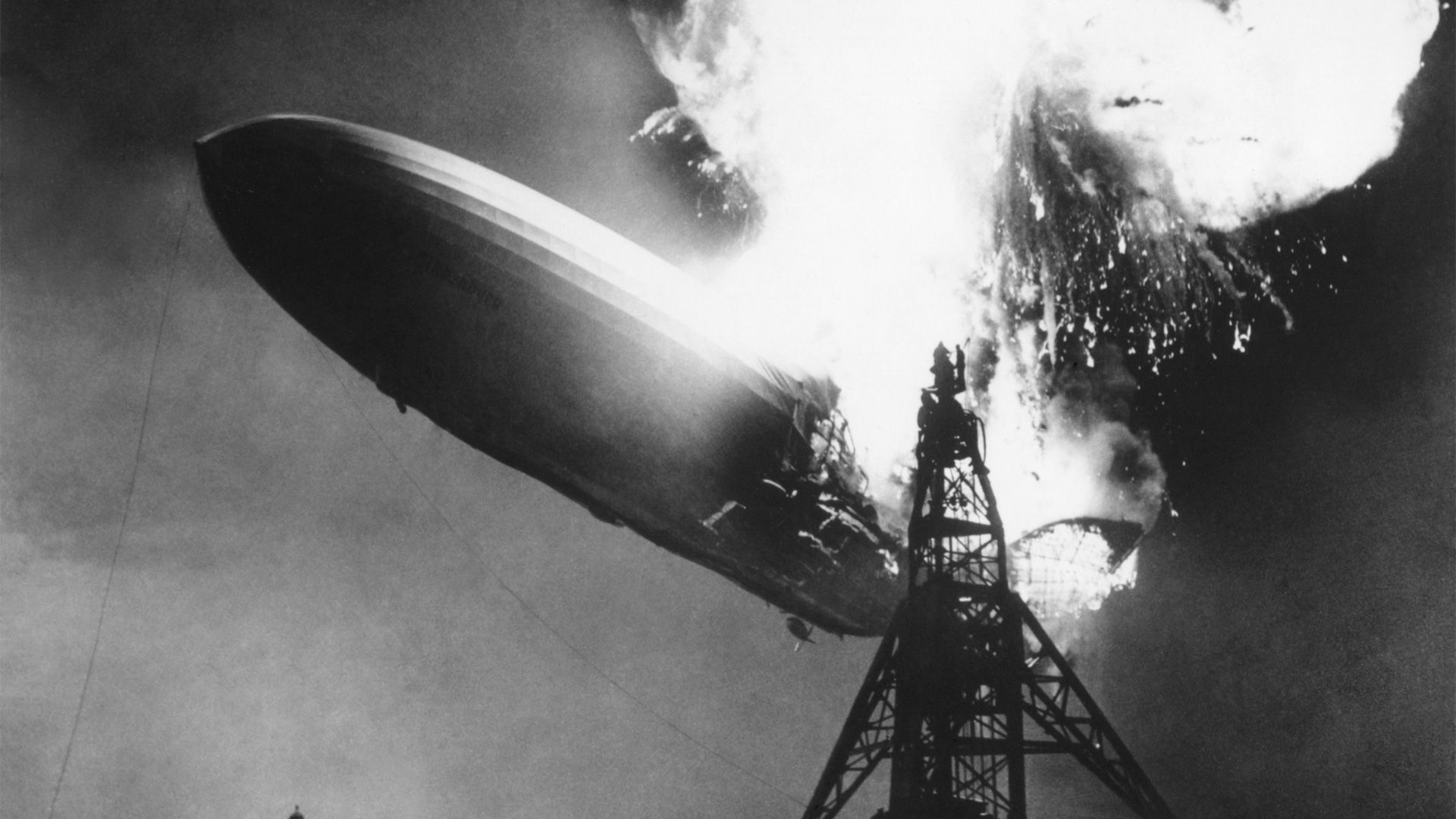 Dry, the airship’s outer skin couldn’t conduct electricity. But it was chucking it down with rain the day of the disaster, allowing the skin to become conductive. Worse, the plasticised lacquer painted all over boosted its ability to hold a charge – and allowed that charge to build over time. As the outer skin and metal airframe were electrically isolated, the voltage difference between them grew dramatically, allowing sparks to form across the gap. The landing ropes, already conductive, became more so in the rain, letting a charge to continue building on the airship’s exterior. Sparks were likely going off all over, but it was the one near the stern where H2 was leaking that triggered the fire.

Another famous H2 filled airship that met a blistering end was the UK's own R101, which crashed in October 1930. In this case, it was made to fly before it was ready. An impressive feat of engineering and innovation, to be sure, but one pushed way too far way too fast. This was partly down to Lord Thomson, the Air Minister that initiated the programme, who sought to further his own political career with the success of the maiden voyage and refused to cancel the flight despite multiple warnings. To top it off was the rotten weather. The wind tore back the outer cover, rupturing the foremost gasbag. Rain collected in the damaged area, causing it to pitch down. Grounded, it’s reckoned that the hot diesel engine sparked the leaking H2. And there you have it, kaboom!

There’s no changing the fact that H2 is flammable. Discounting it on that front is short-sighted at best. From past disasters, the world’s learned vital lessons and improved safety – all the better to not go boom. And the proof is in the pudding. Green H2, made from splitting water with renewable electricity, is clean, efficient, and light. While there’s always the potential for flames, handled correctly, this small mighty molecule is going to change the world.

As for airships, they’ll be filled with helium, powered by hydrogen fuel cells and, if forecasts are right, the market will be worth £41 billion in the next twenty years.

Electrify absolutely everything ever… Until you can’t