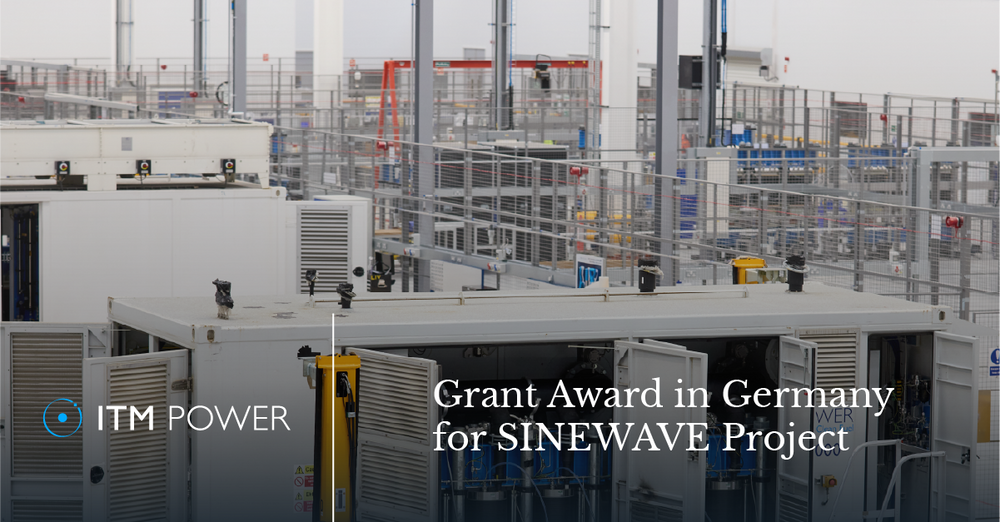 ITM Power GmbH has been approved for a €1.95m award for the project SINEWAVE

ITM Power GmbH has been approved for a €1.95m award for the project SINEWAVE, as part of the German Federal Ministry of Education and Research´s (BMBF) hydrogen flagship project H2Giga that focusses on technology development for series production and industrialisation of electrolysis systems. The project runs to March 2025 and is the first time ITM Power has accessed German Federal funding.

The SINEWAVE project brings together necessary scientific and technical skills to close research gaps in the field of series production of electrolysis systems. The research project is dedicated to the exploration of process engineering, materials science and digital sub-disciplines in order to make a significant contribution to the construction of efficient integrated large-scale proton-conducting membrane (PEM) electrolysis systems that will be able to produce large quantities of green hydrogen cost-effectively in the future. The project therefore contributes to the realisation of decarbonisation in German industry.

The consortium partners are:

ITM Power GmbH will focus on the following key aspects:

Dr Graham Cooley, CEO of ITM Power, said: “Our German subsidiary and its management team has embedded itself in that country’s hydrogen discussions and debates. Our participation in the Federally-funded SINEWAVE project provides an endorsement of our place in Germany’s hydrogen strategy. I congratulate the team at ITM Power GmbH.”