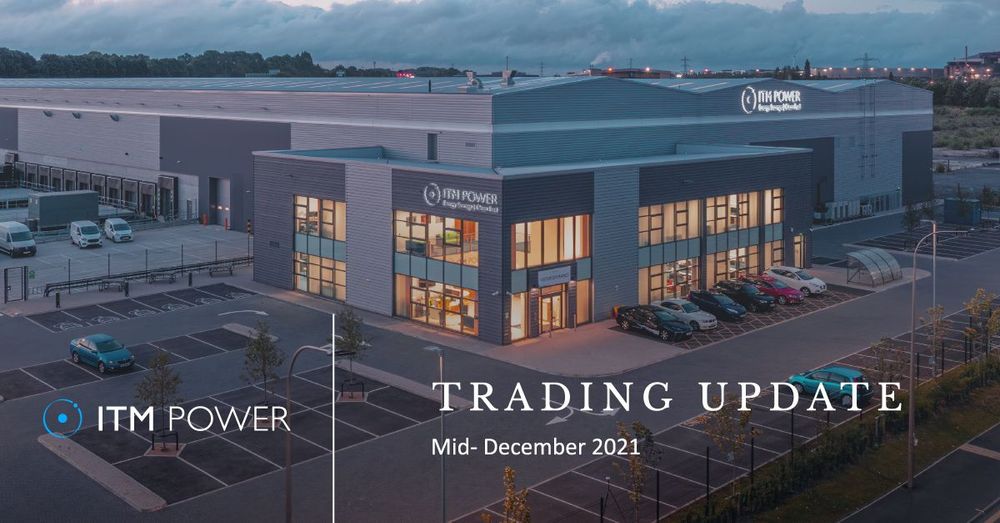 ITM Power (AIM: ITM), the energy storage and clean fuel company, has announced its work-in-progress, contracts backlog and tender pipeline alongside unaudited financial results for the six months to 31 October 2021.

Unaudited Financials for the six months to 31 October:

“Today’s update provides a compelling endorsement of how fast our markets are growing and our decision to raise further funds to increase capacity domestically and internationally to take full advantage of this growth,” said Dr Graham Cooley, CEO of ITM Power.

“Together with our partners, we believe we can gain a material market share as a result of our experience, expertise and capacity to help industry to decarbonise using green hydrogen.”